Piramal Group has interests in a portfolio of businesses including financial services (Piramal Enterprises Limited), pharmaceuticals (Piramal Pharma Limited), and real estate (Piramal Realty). With operations in 30 countries and brand presence in over 100 markets, the Group’s turnover is ~$1.9 billion in FY 2022. Driven by its core values, the Group pursues inclusive growth, while adhering to ethical and value-driven practices. Piramal Foundation has initiatives in primary healthcare, nutrition, water, and social sector ecosystems.

Piramal Pharma Limited (PPL) offers a portfolio of differentiated products and services through end-to-end manufacturing capabilities across 15 global facilities and a global distribution network in over 100 countries. PPL includes Piramal Pharma Solutions (PPS), an integrated Contract Development and Manufacturing Organization; Piramal Critical Care (PCC), a Complex Hospital Generics business, and the India Consumer Healthcare business selling over-the-counter products. PPS offers end-to-end development and manufacturing solutions through a globally integrated network of facilities across the drug life cycle to innovators and generic companies. PCC’s complex hospital product portfolio includes inhalation anaesthetics, intrathecal therapies for spasticity and pain management, injectable pain and anaesthetics, injectable anti-infectives, and other therapies. The Indian Consumer Healthcare business is among the leading players in India in the self-care space, with established brands in the Indian consumer healthcare market. In addition, PPL has a joint venture with Allergan, a leader in ophthalmology in the Indian formulations market. In October 2020, the company received a growth equity investment from the Carlyle Group.

Piramal Pharma Solutions (PPS) is a Contract Development and Manufacturing Organization (CDMO) offering end-to-end development and manufacturing solutions across the drug life cycle. We serve our customers through a globally integrated network of facilities in North America, Europe, and Asia. This enables us to offer a comprehensive range of services including drug discovery solutions, process & pharmaceutical development services, clinical trial supplies, commercial supply of APIs, and finished dosage forms. We also offer specialized services such as the development and manufacture of highly potent APIs, antibody-drug conjugations, sterile fill/finish, peptide products & services, and potent solid oral drug product. PPS also offers development and manufacturing services for biologics including vaccines, gene therapies, and monoclonal antibodies, made possible through Piramal Pharma Limited’s investment in Yapan Bio Private Limited. Our track record as a trusted service provider with experience across varied technologies makes us a partner of choice for innovator and generic companies worldwide..

Mr. Ajay Piramal is one of India’s leading industrialists and philanthropists, and Chairman of the Piramal Group.

Mr. Piramal is regarded as a torchbearer for responsible entrepreneurship, with a strong focus on ‘Doing Well and Doing Good’, a philosophy that has created long-term value for the Group’s stakeholders and the community as a whole. A firm believer in the tenets of the Bhagvad Gita, Mr. Piramal is a passionate advocate of trusteeship and responsible business ethos. He is deeply invested in unblocking India’s socio-economic potential through the Piramal Foundation, and is an ardent promoter of social entrepreneurship.

Mr. Piramal holds key positions on the Boards of several companies and prestigious institutions. He serves on the Harvard Business School’s Board of Dean’s Advisors, is co-Chair of the UK-India CEO Forum and Non-Executive Director of Tata Sons Ltd. Passionate about contributing to education in India, Mr. Piramal also serves as President and Chairman of Anant National University and Chairman of the Pratham Education Foundation.

Mr. Piramal holds an Honours degree in Science from Mumbai University and a Master’s degree in Management Studies from the Jamnalal Bajaj Institute of Management Studies. He has completed an Advanced Management Programme from the Harvard Business School, and has been conferred with an Honorary Doctorate in Philosophy (D. Phil) by Amity University, India, and an Honorary Doctor of Science (Honoris Causa) Degree by IIT-Indore. 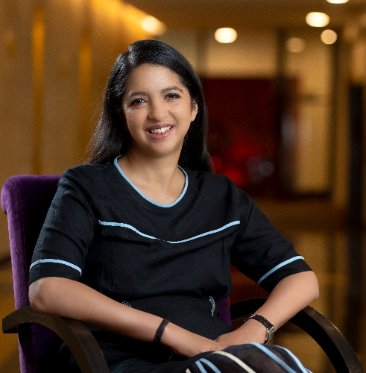 Ms. Nandini Piramal is a visionary business leader driven by her commitment to bettering society. She holds various roles like Chairperson at Piramal Pharma Ltd., Head of the Human Resources and Information Technology Functions at Piramal Group, and the Quality unit at Piramal Pharma. She has played an important role towards making Piramal Enterprises, the only Indian company part of Willis Towers Watson Global High Performing Norm. Ms. Piramal also acts as an advisor to Piramal Foundation and Piramal Sarvajal.

She was recognized amongst ‘India’s Most Powerful Women’ by Business Today in 2020 and as a `Young Global Leader’ in 2014 by the World Economic Forum. Ms. Piramal holds a BA (Hons.) in Politics, Philosophy, and Economics and an MBA from Stanford Graduate School of Business. At Piramal Group, our core values of Knowledge, Action, Care and Impact have been an integral part of our guiding philosophy. These values represent our deeply held beliefs and define us at the individual as well as organizational levels.

Shaped by our past and collective experience, they determine how we engage with others, what we identify with and what we love and value.

We encourage a deep understanding of these core values and believe in institutionalizing them across our entire organization so as to build a distinctive Piramal culture.

To enhance value for pharmaceutical companies by being a trusted partner to reduce the burden of disease.

Expertise - Strive for deeper understanding of our domain.

Innovation - We aspire to do things creatively.

Entrepreneurship - We are empowered to act decisively and create value.

Integrity - We are consistent in our thought, speech and action.

Trusteeship - We protect and enhance the interests of our customers, community, employees, partners and shareholders.

Humility - We aspire to be the best, yet strive to be humble.

Performance - We strive to achieve market leadership in scale and profitability, wherever we compete.

Resilience - We aspire to build businesses that anticipate, adapt and endure for generations.

Be the first to receive our latest news updates